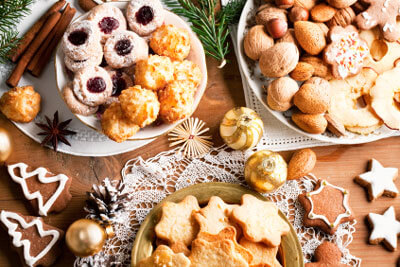 Problems with Wheat and Gluten – Fact or Fad?

Home / Blog / Problems with Wheat and Gluten – Fact or Fad?

Why only pick on wheat? Think of the grocery store for a moment. Can you think of any other single substance that occupies more shelf space? Breads, cakes and cookies in the bakery, the entire isle devoted to breakfast cereals, snack foods like crackers and granola bars, pasta and noodles alone or in canned soups, frozen pizza or anything breaded. It’s everywhere!

Wheat has changed dramatically in the past 50 years to increase production. Strains of wheat were purposefully bred at the International Maize and Wheat Improvement Centre to have higher yields. These strains were adopted worldwide in the 1980s. Now, small dwarf wheat plants are the norm and comprise 99% of the wheat grown worldwide.

The Mayo clinic did a study using frozen blood samples taken from Air Force recruits 50 years ago and found that the intolerance of wheat gluten is four times more common today than it was in the 1950s. The reality now is that 1 in 133 test positive for gluten intolerance, which is higher than it’s ever been.

Gluten is found in grains like rye, barley, spelt and kamut, but the consumption of gluten in the North American diet is 99% wheat products. Researchers have learned that the main problem in celiac disease and gluten-intolerance is a specific protein or peptide strand in the gluten molecule, not the gluten itself. It is theorized that this peptide strand wasn’t present in ancestral varieties of wheat. Modern wheat varieties are wildly different than more traditional varieties. In short, modern wheat is simply not the same plant that it used to be.

There are likely many other factors involved, but the reality is that wheat is rampant in the North American diet. If you suspect that you are intolerant to gluten, it’s valuable to get tested and find out. Even if you are not intolerant, consider that it may be a healthier choice to not rely on wheat alone and to strive for a diet that contains a variety of grains and starchy vegetables as a source of energy and dietary fibre.

Try these gluten-free grains and starches instead:

To learn more, please contact our Oakville clinic for details.