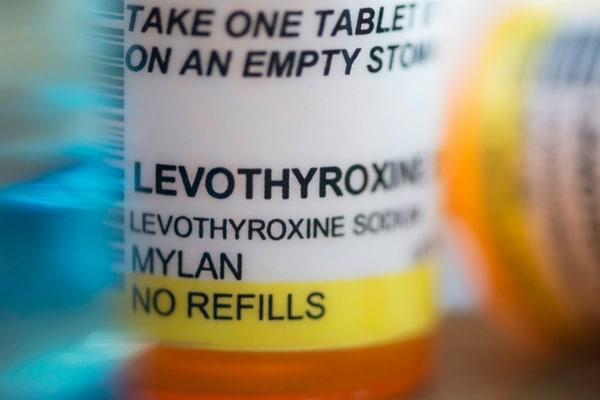 Hypothyroidism: Study shows how Levothyroxine treatment is not ideal

As a naturopathic doctor, I’ve seen hundreds of cases of hypothyroidism in my career. This disease, most common in women, is associated with fatigue, weight gain, mood changes, hair loss, among other symptoms. Most frequently, medical doctors have limited tools to diagnose and treat patients with hypothyroid leaving patients frustrated and seeking naturopathic care.

When patients are diagnosed with hypothyroidism, they are most often prescribed levothyroxine or synthroid. Although the thyroid produces two hormones, freeT4 (fT4) and freeT3 (fT3), the belief is that by prescribing a synthetic form of fT4, the body will convert it to fT3. Once sufficient levels are attained, the feedback to the brain will normalize the thyroid stimulating hormone (TSH). This hormone produced by the pituitary gland in response to low thyroid function and will signal the thyroid to increase thyroid hormone production.

Over the years, studies published in the New England Journal of Medicine (1) and the Journal of Clinical Endocrinology (2) have suggested that patients respond better when given both T4 and T3. These studies have suggested that despite fT4 supplementation, patients never obtain adequate levels of fT3. This piece of information is crucial when you are a patient suffering from hypothyroidism. I often think of T3 as the fire in one’s metabolism. Without adequate levels, the symptoms of hypothyroidism persist despite normal TSH levels.

The Endocrine unit at the University of Catania Medical School further studied patients who were given levothyroixine. In their research published in 2011, it was found that free T4 levels were significantly higher and free T3 levels were significantly lower in patients treated with levothyroxine. They also found that there is an abnormal feedback mechanism in levothyroixine treated patients that gives them a more normal TSH despite low free T3 levels. It was also concluded that more than 20% of patients who were administered Levothyroxine still have low T3 and T4 levels despite having normal TSH levels.

As a naturopath, patients with hypothyroidism often come to see me showing symptoms despite having a normal TSH. Most often times, doctors only measure TSH and fT4 levels in patients taking levothyroxine. At Bronte Wellness Boutique, we encourage all our patients to complete full thyroid hormone profiling that includes fT3. As was suggested in all 3 aforementioned studies, many patients do better on treatment that includes both fT4 and fT3 to simulate the levels of hormones naturally produced by the thyroid. We prescribe bioidentical thyroid replacement hormones as an alternative treatment as well has supplement and nutritional therapy to optimize thyroid function.

For a complete thyroid assessment, book an appointment with one or our registered naturopathic doctors. Our goal is to make you get healthy, look beautiful and feel amazing!