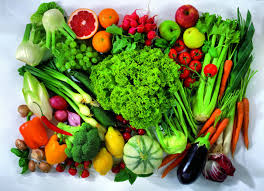 Are Your Supermarket Foods Genetically Modified?

About 75% of processed foods available on shelves and in the freezer aisles contain at least one genetically modified ingredient.

Next time you are at the supermarket, think twice before reaching for your favourite cereal or stock up on the juicy red tomatoes, as they genetically modified.

So what exactly is genetic modification?

Back in the 1990s, genetically modified (GM) food was introduced on the market. Products like soybeans, corn, canola and cottonseed were crossed with bacteria and viruses to improve the use of pesticides on their crops and make them hardier products. This creates entirely new organisms that would not ordinarily be found in nature.

Genetically modified organisms have been around since the 1990s but that’s not really long enough to truly understand the long term side effects. The safety has never clear been proven.

Last year, a long-term study in Australia led by the Agency for Health and Food Safety confirmed that GMO corn affects reproductive health in mice. These results are worrisome – you can only imagine what kind of an impact long-term exposure has on fertility in women!

A British study looking at human allergies showed that foods, like soy, have doubled from 1994-2001. Interestingly enough – almost all soy is GMO and the increase in allergies started at the same time genetically modified foods were introduced!

If you want to know if your favourite cracker or veggies are grown without genetic modification, good luck! Canada decided against mandating the labelling of GMO ingredients. GMO giant Mosanto, the company that initially started mass producing GM soy products, has been eliminating the legislations across North America that would require them to label these foods.

You may have some clues to help you in the produce aisle. When choosing your fruits and vegetables, look for the following on the stickers/labels:

Buying organic is the best bet to ensuring that the foods that meet your table are not genetically modified.

Be GMO aware! To learn more, please contact our Oakville clinic to book an appointment with one of our Naturopathic Doctors.